The Mental Health Crisis in Children and Young Adults

School psychologists, teachers and administrators deal with these issues daily. Mental-health disorders affect about one-fourth of the elementary and high school-age groups in any given year.

An Overview of Child Development and Mental Health

As children and adolescents grow up, most develop executive function and self-regulation skills enabling them to plan, focus attention, remember instructions and juggle multiple tasks successfully. These higher mental functions help filter distractions, prioritize tasks, set and achieve goals, and control impulses. These skills are very important for learning and development. They also promote positive behavior and allow them to make healthy and safe choices in life.

For a child to mature both cognitively and emotionally, proper nutrition and a nurturing environment are generally a requirement. Those children who might be exposed to drugs in utero or who live in a chaotic, abusive environment are more likely to have difficulty with cognitive or emotional issues. Toxic stress response can occur when a child experiences strong, frequent and/or prolonged adversity – such as physical or emotional abuse, chronic neglect, caregiver substance abuse or mental illness, exposure to violence, and/or the accumulated burdens of family economic hardship.

Toxic stress can delay a child’s executive function development and alter the architecture of nerve cells in the brain. These children are more likely to have conditions such as ADHD, explosive anger, oppositional defiant disorder and conduct disorder. They are also more likely to be anxious, depressed and suicidal. Genetic factors can also affect intellect and psychological wellness.

In the preschool/early elementary school years, delays in development of a cognitive function can lead to extremes in behavior such as hyperactivity, explosive outbursts, trouble sleeping, persistent nightmares and excessive fear. Additional behaviors that might warrant a visit to a mental-health professional include extreme disobedience, aggression and frequent, extreme temper tantrums.

In the grade-school years, anxiety and depression can be manifested by excessive fears and worries. Some other children might have a sudden decrease in school performance and/or loss of interest in friends and favorite activities. Sudden loss of appetite or sudden change in weight or preoccupation with body image might also be of concern.

Other behaviors become more common during the teen years. These include comments or writings that suggest a desire to harm themselves or others. Suicidal thoughts and/or self-mutilation might also be present in the teenagers. Constantly threatening to run away and destructive behavior such as damaging property or setting fires might also occur in the teenage years.

Anxiety disorders, such as obsessive-compulsive disorder, post-traumatic stress disorder and social phobia interfere with their activities. Anxiety disorders are some of the most common mental-health conditions affecting children and adolescents. When worry or stress makes it hard for a child to function normally, an anxiety disorder should be considered.

Mood disorders, such as depression and bipolar disorder, can cause a child to feel persistent feelings of sadness or extreme mood swings much more severe than the normal mood swings common in many people. Just under 10 percent of adolescents 12-17 years of age report more than two weeks of mentally unhealthy days over the past month. Cell phone use has grown right along with increasing rates of anxiety and depression in middle and high school students. In one study, 59 percent of teens reported moderate bullying and 14 percent to high exposure to bullying both electronic and in person.

Teens who spend more time on the phone are more likely to be unhappy, feel lonely and suffer from depression and anxiety. As children spend less time face to face, they are more likely to commit suicide. Middle school children who have phones, especially girls, are more prone to emotional and behavioral issues later in adolescence. Most experts recommend that children in this age group not have access to social media because of the increased chance of cyberbullying.

The teen years are an important time to develop social skills. Only face-to-face interaction can help one pick up on social cues and expressions. Most of those addicted to phones have little time to socialize with friends or family. Teens date far less than they did 20 years ago, largely because of the time they spend on the phone. Many psychologists think that excessive smartphone use causes a delay in the development of adult interpersonal skills.

Attention-deficit/hyperactivity disorder (ADHD) typically includes symptoms such as difficulty paying attention, hyperactivity and impulsive behavior. Some children with ADHD have symptoms in all these categories, while others might have symptoms in only one. In children 3-17 years of age, ADHD is the most prevalent parent reported diagnosis (6.8%).

Non-suicidal self-injury (NSSI) occurs in about 13 to 25 percent of adolescents, and young adults surveyed in schools have some history of self-injury (intentional cutting, abrading, burning, etc.). The onset is typically at age 13 or 14 and is more common in girls than boys. Many of these children stop, but studies in college populations suggest that about six percent of the college population are actively and chronically self-injuring, while many more have some history of self-injury.

The student with anorexia nervosa is typically a teenage female perfectionist who is a high achiever in school. At the same time, she suffers from low self-esteem, irrationally believing she is fat regardless of how thin she becomes. She strives for a feeling of mastery over her life and saying “no” helps to satisfy that. In her relentless pursuit to be thin, the girl starves herself. This often reaches the point of serious damage to the body, and in a small number of cases may lead to death.

What can you do if you are concerned about the mental state of a student? Ensure safety and err on the side of caution with a student in crisis. Follow the school’s crisis response plan and notify the student’s support system including family. If a student discusses a personal concern that suggests a significant risk, then school personnel are mandated by state law to follow the procedures set forth by the school district. (According to the U.S. Department of Education’s Office for Civil Rights “a significant risk constitutes a high probability of substantial harm, not just slightly increased, speculative or remote risk.”)

If there are no parents or adult relatives available, then escort the student to the emergency room or mental-health professional. In non-emergency situations, referral to a mental-health specialist must be made. Knowing when to act and how to get the student help can save a life.

Dr. William Revelette received his Ph.D. from Miami University and M.D. from the University of Kentucky and is a fellow of the American Academy of Pediatrics (AAP). He has been a practicing pediatrician for more than 20 years. He is the former president of the Kentucky Chapter of the AAP and is a current member of the Kentucky Medical Association’s Sports Medicine Committee. 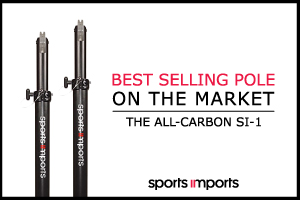