“Take me out to the ball game. Take me out with the crowd.” Baseball: Home runs, strikeouts, pitching counts?

While baseball is a relatively safe sport with almost seven million youth and high school participants across the nation, there are risks for significant injury, particularly to the shoulder and elbow. Although baseball players suffer relatively few acute injuries like concussions and fractures, they are at greater risk for multiple overuse injuries than athletes in other sports.

The skill of pitching a baseball applies tremendous forces on the shoulder and elbow. Combining these forces with improper pitching technique, under-developed arm strength, a growing body, and throwing to fatigue have all been shown to factor into an increased risk for injury. Frequent injuries seen in pitchers involve the shoulder (labrum and rotator cuff) and more significantly to the elbow. During the last decade there has been an alarming increase in both injuries to, and surgical repair of, the ulnar collateral ligament (UCL) in the pitcher’s elbow.

The UCL is a thick triangular ligament on the inside aspect of the elbow that connects the upper arm bone (humerus) to the lower arm bone (ulna). During overhead activities, this ligament endures extreme tension placing the pitcher at a higher risk to sustain an injury. When the pitcher lowers his “arm slot” due to fatigue or poor mechanics, even more stress is transmitted to the ligament. This ligament is the main stabilizer of the elbow during the most stressful movements of the pitching motion. The UCL can become stretched, torn and/or damaged through repetitive throwing motions, especially if poor throwing mechanics are being used. Individuals who have sustained an UCL injury may experience pain/discomfort to the inside of their elbow, pain when using their arm in an overhead motion like throwing, and sometimes numbness and tingling sensation in the ring and small fingers.

In youth league pitchers and high school pitchers who are still growing, the bones in the elbow have not yet finished developing. Thus, the athletes who are “skeletally immature” are less prone to injury to the UCL and more apt to damage the growth cartilage of the elbow. “Little-League elbow” has been a well-recognized injury since the 1960s, and it continues to contribute to seasons lost and derailed budding baseball careers.

Currently, many athletes are playing for high school teams as well as “travel teams,” increasing the length of their season and frequently participating in more than 70 games during the spring and summer. If that was all they were exposed to, they would probably still be OK. However, a busy spring and summer followed by “Fall Ball” and winter “showcases,” coupled with private coaches and indoor training facilities have led to the current “injury epidemic” in young throwers; perhaps in older pitchers as well.

Many experts think that the rise in UCL injuries and subsequent surgeries in professional baseball pitchers is a direct result from putting strain on the tenuous ligament while playing baseball during their adolescence. The numbers really are astonishing! Consider this from a March 2015 story from the now-defunct website Grantland.com regarding UCL reconstructive surgery, more commonly referred to as “Tommy John Surgery:”

Twenty-five percent of active MLB pitchers have had the procedure, which reconstructs a pitcher’s torn ulnar collateral ligament, as have 15 percent of current minor league pitchers. Last season was particularly distressing: More pitchers had the surgery in 2014 than in the entirety of the 1990s.

Recent research has focused on identifying risk factors for shoulder and elbow injuries as well as providing published guidelines for preventing these injuries. The risk factors with the strongest association to sustaining an arm injury are all related to the total volume of pitching. This includes number of pitches per game, number of pitches per season and the total number of months pitched per year, and pitching velocity (increased injury risk with increased velocity).

Another prominent risk factor for injury is improper technique during the pitching motion. Pitchers are prone to developing bad habits early on, as success (defined as getting batters out) will trump good mechanics. As success continues, youth coaches and the players will be further discouraged from “messing with a good thing.” This is where it is important for the high school coach to emphasize long-term success and minimize injury risk by instilling proper pitching mechanics. Parents and pitchers must understand that eventually poor mechanics will lead to early fatigue, which will then increase the torque and force on the elbow during each pitch, thereby increasing the risk of injury.

So how can we reduce injury risk in our young pitchers and subsequent injury in those special few who go on to play professionally? Tables 1 and 2 outline important points to consider. And while only time and continuing research will tell for certain, present wisdom points toward pitch counts at the high school level helping to reduce these injuries. However, the importance of inning restrictions and the aforementioned injury-reducing principles being adopted by summer league baseball programs cannot be overstated.

We are sure that many state associations have reviewed the pitch count rule they had in place last season and perhaps already have made modifications. Based on feedback from many state associations, strong consideration should be given to keeping the rule relatively simple. For example, having different maximum pitch numbers for varsity and sub-varsity contests seems obvious at first glance. However, this doesn’t account for the freshman who is pitching on the varsity team and presumes that 14- and 15-year-olds are inherently at increased injury risk compared to 17- and 18-year-olds. Right now, research does not support this assumption.

Coaches and parents must recognize the risk factors for injury, limit the risks, and have athletes evaluated whenever they complain of shoulder or elbow pain. It is NEVER normal to throw through pain. Soreness and stiffness for a day or two after pitching is not unusual, but anyone with pain while pitching needs to be evaluated by an athletic trainer or sports medicine physician before returning to the mound. 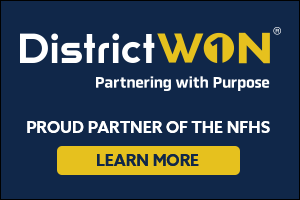