A sport that prides itself on tradition has found a true believer in the power of the sport to transform his life and the lives of his people whose values and culture are steeped in pride and tradition. Lance Christensen Jr. lives on the Pine Ridge Indian Reservation – home to the Oglala Sioux in South Dakota – where Christensen first learned to hit a golf ball without the luxury of an actual golf course or even a putting green.

“I remember all of the stories about me going in the house and putting in the coffee mugs and breaking my mom’s coffee mugs – chipping them,” Christensen said.

Christensen’s father, who taught his son the game, soon started entering him in tournaments at the closest golf course 45 miles away. While Christensen’s fondest memories of learning the game took place at those tournaments, it is the people he remembers most.

“I definitely remember the whole family coming to watch me, all of the competitors – even kids that I competed against when I was five and six and then we didn’t meet up again until high school – that was pretty cool to see,” Christensen said.

His family and the reservation community would continue to be a source of support and inspiration for Christensen as his game and his dreams grew.

Good sportsmanship and competing with class were variables Christensen could control. Access and opportunity were not.

“We can compare and contrast all of these things, but we are still living people, and the opportunities are definitely different on the reservation to say the least,” Christensen said. “We don’t have the same facilities. Our weight room just last year was about a 30-foot-by-15-foot room with a weight bench and some curl bars and whatever else. Obviously, we don’t have a golf course. All of these things add up. Our economy is plummeting, we live in poverty, our housing is not amazing, all of these different things.”

Despite the realities surrounding Christensen on the Pine Ridge Reservation, he has strong faith in the Lakota people and optimism in their future.

“It’s time to rise up now,” Christensen said. “I really believe that we have so much potential. We’re on the rise. It’s not amazing here on the reservation, but it’s my home and I love it here. I wouldn’t trade it for anything and I’m proud of where I come from. We’re on the rise. I hope that maybe I’m an example of that, if I’m not that’s okay. I’m still going to keep doing what I’m doing and try to be the best I can be.”

There is no doubt Christensen is an example of just that. And golf has played a large part in the young man Christensen has become.

“I think that as a kid growing up, golf taught me everything,” Christensen said. “It taught me respect. It taught me generosity and wanting to teach other people the game. It taught me how to be curious by watching other golfers play the game and really want to know how they do that stuff.”

Christensen admits that the game is humbling. After winning the 2019 South Dakota High School Activities Association Class A State Tournament, he finished in the top six in 2020.

“It humbles you,” Christensen said. “Like at the state tournament this year, I thought I was going to go in there and whip butt, but that’s just not how it went. It’s all of these lessons. I think everyone in the world should play golf because of those reasons.”

While winning the 2019 state championship has opened many doors for Christensen, it is his youth clinic that brings him the most joy.

“I knew that I always wanted to grow the game, especially on the reservation because I know there is a lot of athletic talent on our reservation in our kids, so it was always a goal of mine to bring them to the golf course,” Christensen said. “So, I had this idea and thought, ‘let’s get started a little early and do a camp.’”

With help from a local youth camp coordinator, Christensen was able to secure youth golf sets and advertising.

“Pretty soon we had 30 to 40 kids out there which was more than I was actually expecting – all out there learning how to golf. It was pretty awesome,” Christensen said.

The lessons that Christensen learned from golf he now shares with the Lakota youth.

“I remember when I was doing my youth camp and at first the kids were all over the place, they were swinging when they weren’t supposed to, they were running all over, they were loud. They would hit a few golf balls and lose their attention span. I remember this kid even swung and hit one of our helpers in the nose and everything else. It was crazy,” Christensen said. “Throughout those six weeks when we were doing the program, they slowly started to mature up a bit. They weren’t so crazy on the bus ride to the golf course. They were more aware of when they were going to hit a golf ball – they made sure no one was out in front of them. They’d ask more questions about the game or they wouldn’t run around on the practice greens or they wouldn’t feel like they needed to be so crazy, because when they were on the golf course it didn’t matter that they were five years old. I respected them as an adult, and they respected that too and they respected the game.”

Christensen’s respect and passion for his people and the game of golf are driving his future goals after his playing career is over.

“I want to go into business,” Christensen said. “I kind of want to work for myself and I want to learn how to build golf courses and own golf courses, because I want to bring one back to my reservation.”

Traditions, by definition, are passed down from generation to generation. If Christensen has it his way, golf will soon be a tradition on the Pine Ridge Reservation. 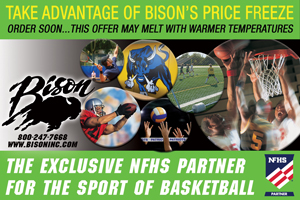