Softball Comments on the Rules - 2022

1-2-1 - Amends language to clarify that break away bases are permitted.

3-2-5b - This change removes the language prohibiting hard items to control the hair and aligns language with other NFHS rules codes.

3-2-5c - This rule change eliminates the need for authorization from the state association for religious headwear while maintaining the requirement for approval of head coverings worn for medical reasons.

3-6-21 & PENALTY - This new article clarifies that a damaged bat, which had been previously removed by an umpire, cannot be reintroduced to the game. It also adds a penalty, which states that the batter is out and both the player and the head coach are restricted to the dugout. For clarification, a damaged bat is defined as a bat that was once legal and subsequently found to have cracks, rattles, dents or burrs; an illegal bat is defined as a bat that has been altered or does not meet the required specifications of a legal bat has been altered or is non-approved (Rule 7-4-2). The first offense for bringing a damaged bat into the batter’s box is the removal of the damaged equipment from the contest without further penalty.  A second offense for bringing a damaged into the batter’s box or is discovered having used a damaged bat a second time will result in the batter being called out, and the head coach and the offender will be restricted to the dugout for the remainder of the contest, and all runners not put out on the play must return to the base occupied at the time of the pitch.

6-2-2 & NOTE - The change removes language from the article and moves it to a note. Having it as a part of this article invokes a different penalty than 3-2-9.  Making it a note in this section still provides the support to keep pitchers legal in this section but removes the discrepancy in penalties. 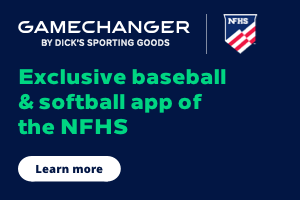